The Wild Card Game Looks to Feature a Pitcher’s Duel

The Wild Card game tonight will feature a strong pitching matchup. On one side you’ve got the Pirates ace, Francisco Liriano, who is dominant at home. He’s also a lefty who is going up against an offense that has three key left-handed hitters. On the other side you’ve got Johnny Cueto, who has absolutely dominated the Pirates in his career, and his two starts this year. Below is a preview of two pitchers, plus a look at some possible shift candidates on the Reds offense.

Liriano’s home ERA is the second best in baseball of all pitchers with 70+ innings pitched at home. His numbers against the Reds are inflated by one outing on the road where he saw a ball go under Jordy Mercer’s glove, and another one go off the heel of Pedro Alvarez’s glove. If those two plays are made, he finishes the inning and has one earned run through five. In his two starts at home against the Reds, Liriano has combined for three earned runs in 14 innings, with an 18:4 K/BB ratio. The last outing came on September 20th, when he gave up two earned runs in eight innings of work.

Liriano is coming off a bad start against the Cubs in his last outing, where he gave up four earned runs in five innings. Liriano has had a few bad starts this year, but never two in a row. He has never gone more than one game without at least six innings and two or fewer runs allowed.

Clint Hurdle on Liriano’s ability to bounce back: “The fact that he’s able to move forward. The term we use is to shower well. Honestly self-evaluate, then take a shower. Get it off of you and get ready to go to the next one. He’s tough. You don’t bounce back if you’re not tough. You don’t bounce back if you don’t have skills. And isn’t it amazing that in three short years we’re talking about guys having bad outings in giving up four runs.”

Cueto has dominated the Pirates in his career, and has done so in the two starts against them this year. The one question mark will be whether he has his stuff. Cueto has only pitched in two games since June 28th. He was good in those starts, combining for one earned run in 12 innings. However, they came against the Astros and Mets. In his last start against the Pirates he was dominant for eight shutout innings. However, in the start before that he threw 4.1 innings with one run allowed, and the Pirates won 3-1.

At any rate, the matchup between Liriano and Cueto looks like a huge pitcher’s duel.

Clint Hurdle on the matchup: “If Cueto comes out and gives them a good start, and our guy gives us the start we expect, it will be nip and tuck the whole way through. But that’s the beauty of the game.”

A big reason the Pirates have been winning this year has been pitching and defense. A key to their defense has been their defensive shifts. The Pirates have employed these shifts throughout the year, giving them an edge against certain opponents who show a tendency to hit the ball to one side or one area of the field.

“When our staff has commanded their pitches well, it has made it easier to have to worry about trying to make adjustments,” Clint Barmes said on adjusting to the shifts. “All of the guys that are infielders ave done it enough this year that we definitely feel comfortable. There’s not a spot that feels out of the ordinary. I don’t mind playing on the second base side and seeing a ball come at me from that angle as well.”

The Reds have a few players who could be shift candidates. All heat maps below are courtesy MLBFarm.com. 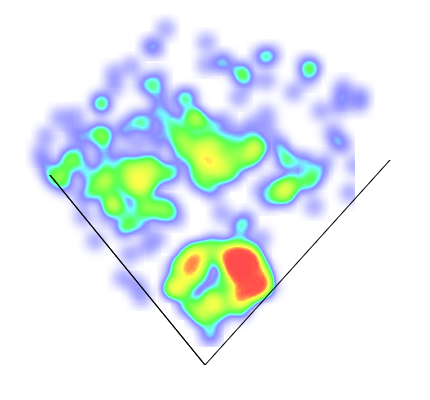 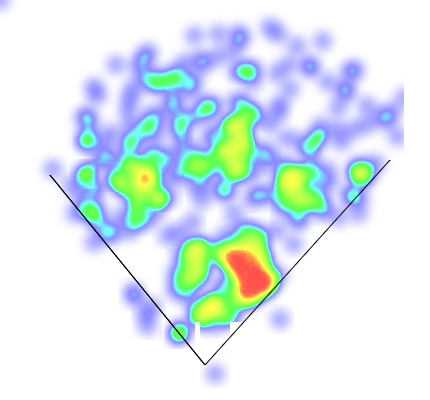 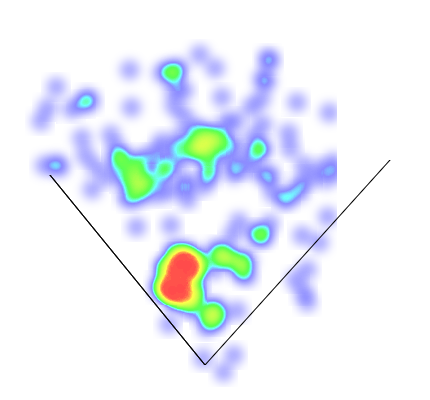 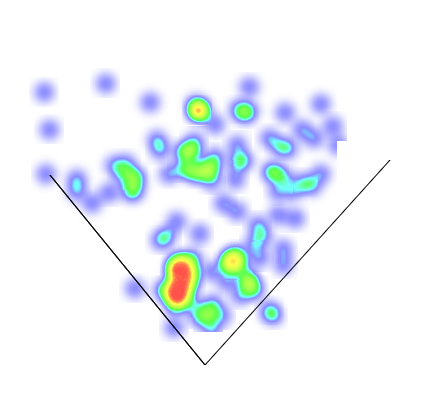 Bruce and Choo are both left-handers, and should be neutralized by Francisco Liriano. They also both have a tendency to pull the ball in the infield, which means a shift of three infielders on the right side, and one at shortstop should be able to handle any grounders. Mesoraco and Ludwick pull the ball the other way in the infield. Now for the players who don’t have shift tendencies. 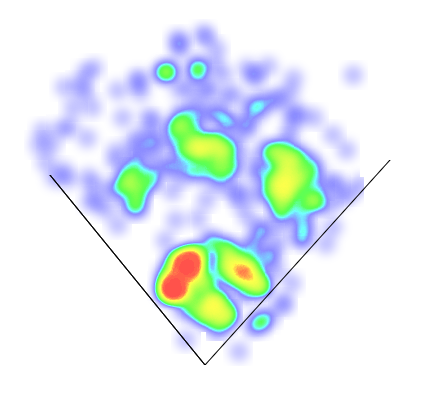 Phillips does pull the ball a lot, but there’s also a lot of yellow on the right side, and short, so you have to respect his hitting. 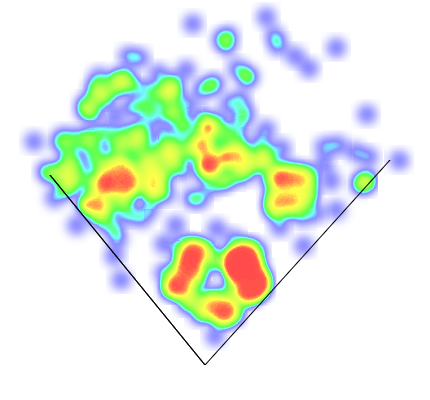 Votto hits the ball anywhere. He also doesn’t do as well against left-handers, but he still does well. He has a .977 OPS against right-handers and an .824 OPS against lefties. 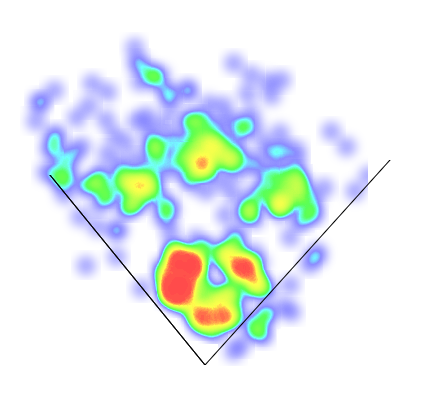 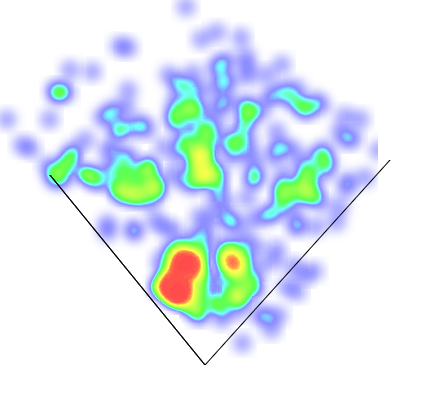