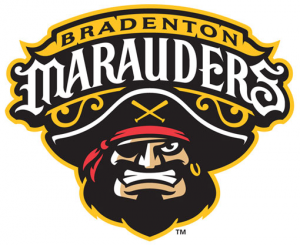 The Bradenton Marauders will host the 2014 Florida State League All-Star Game at McKechnie Field next June, per a team press release. Bradenton, in its fourth season in the FSL, will be hosting its first All-Star Game.

“The Marauders are thrilled to host the FSL All-Star Game in Bradenton,” Pittsburgh Pirates Senior Director of Florida Operations Trevor Gooby said. “Hosting this signature event will provide us with the opportunity to showcase the new look of historic McKechnie Field and to show the League and all of its teams’ fans that Bradenton is a great baseball town and a wonderful community.” “We also are excited to give our great fans the opportunity to watch the League’s best players square off against one another.”

McKechnie Field recently underwent $10.5 M in renovations, including an outfield boardwalk and new bleacher seats. Those renovations and the new look probably led to this selection. The Marauders should have a good team next year, with guys like Tyler Glasnow, Dilson Herrera, Josh Bell, and Barrett Barnes expected to be on the roster. It’s possible that a few of those guys could be playing in the All-Star game on their home field.