On August 28th, I met some friends for a little food and drink. We exchanged pleasant banter for about an hour, before my attention began drifting toward the televisions scattered around the establishment. Before long, I was socially useless, as my entire focus was aimed at a meaningless Pirates-Brewers game in Milwaukee. The Bucs quickly squandered a first inning opportunity and the Brewers went to work on Zach Duke. Several times, Duke allowed a hit that was just out of the reach of a defender. I shook my head repeatedly, wondering if the defense that began the season in Pittsburgh would have made any difference in this game. Milwaukee scored five times in that first inning, and I turned my attention back to the group of people that I had been ignoring.

Duke began his September 8th start against the Cubs by allowing eight consecutive hits to begin the game, falling behind 6-0 before recording a single out. Only a few balls were hit hard in that first inning. Over four innings, Duke allowed five fly balls, 13 ground balls and just two line drives. He was charged with eight earned runs.

Charlie discussed Duke’s dependence on his defense yesterday at Bucs Dugout, something he has touched on before. Random luck is just as significant, as can be seen in the two examples above. Let’s take a closer look at those two disastrous innings, with screenshots to boot.

In the Brewers game, Duke started his evening by inducing a ground out and allowing a clean single to left. Ryan Braun then lined a single just over a leaping Luis Cruz. 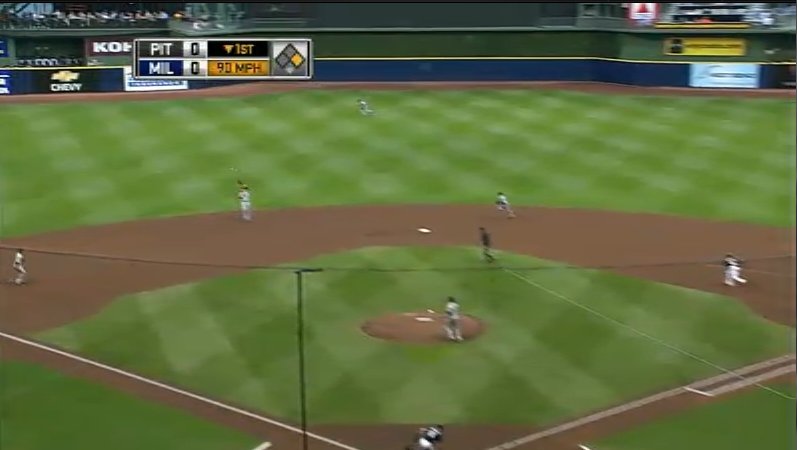 After a monstrous Prince Fielder home run, Casey McGehee bounced one toward the hole between short and third. Once again, the ball was just outside Cruz’s reach. 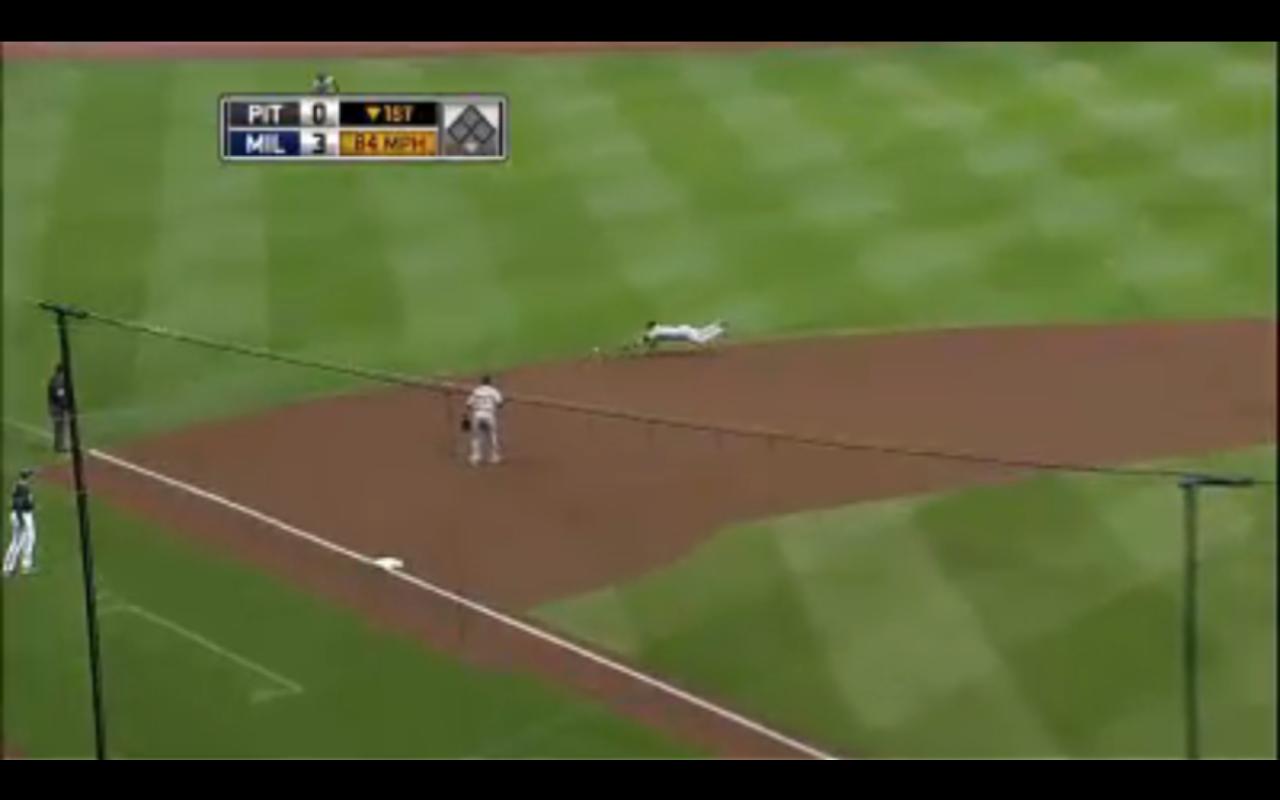 After Duke picked off McGehee, Mike Cameron continued the torture of Cruz. 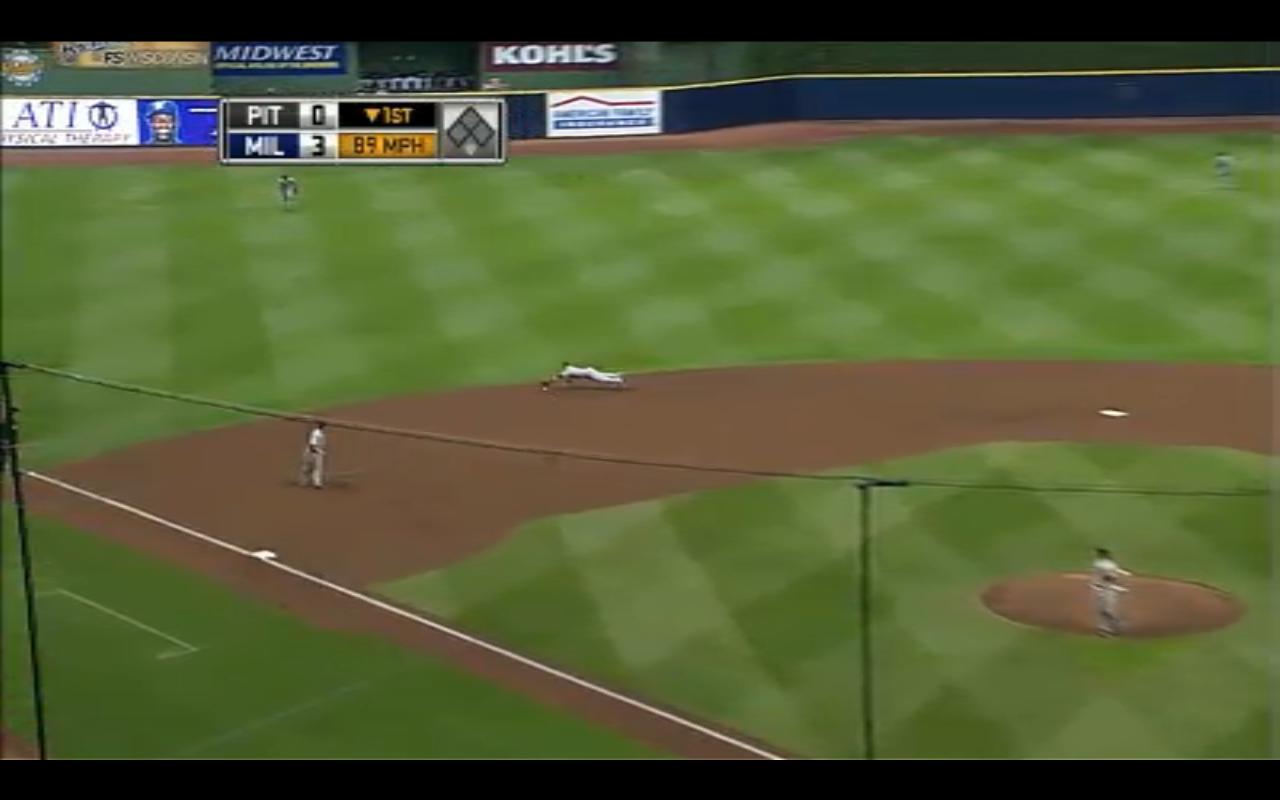 A Jason Kendall walk pulled Delwyn Young out of position, leading to a single by Alcides Escobar. 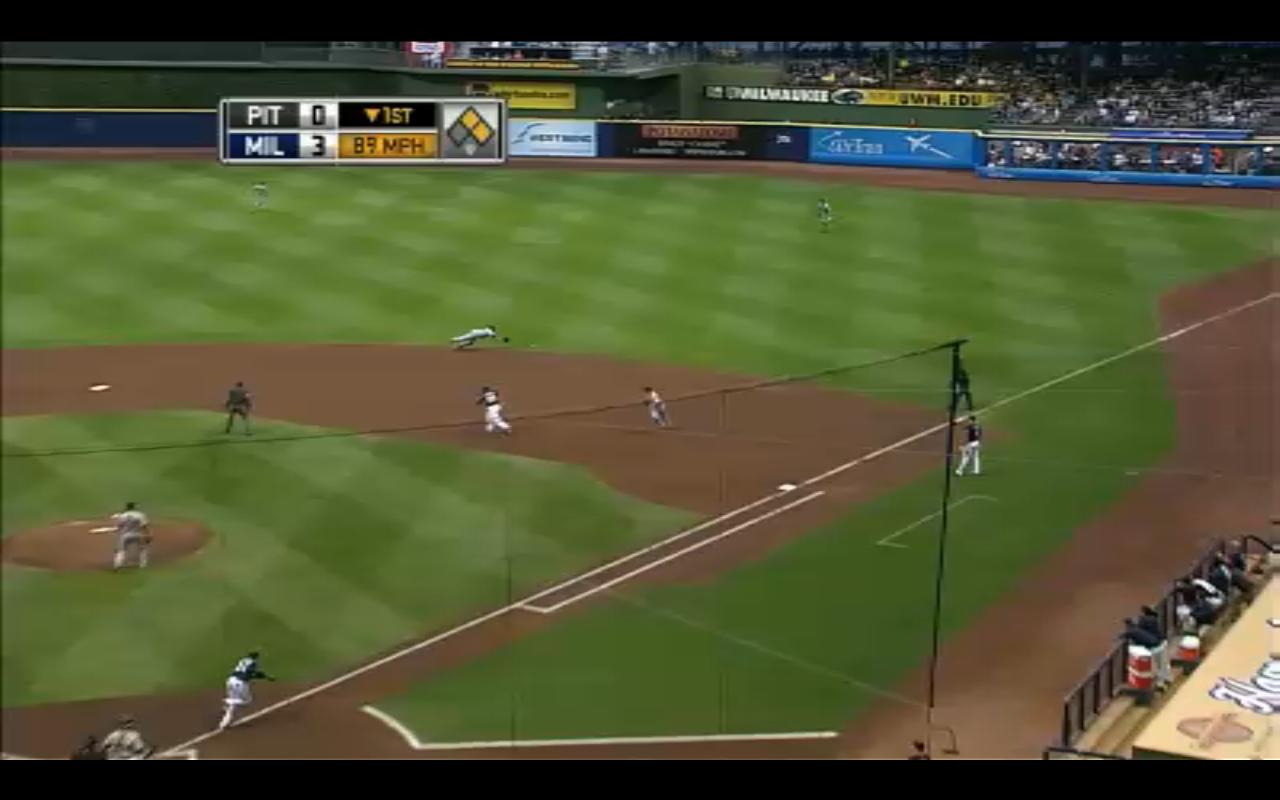 A fifth run scored on an infield single before Duke was finally able to escape the inning. The Pirates tried to come back, but this game was essentially over in the first inning. Duke easily could have dodged about three runs with some better luck, which would have made a huge difference in the game.

I attempted to recreate the batted balls from that inning below. Red lines represent outs, while green lines are plays that did not result in outs. Spots marked with an “X” indicate the location that a ball in air landed (two line drives to left and Fielder’s home run). The rest are ground balls. I hope that it is clear just how many seeing-eye singles got through the infield. 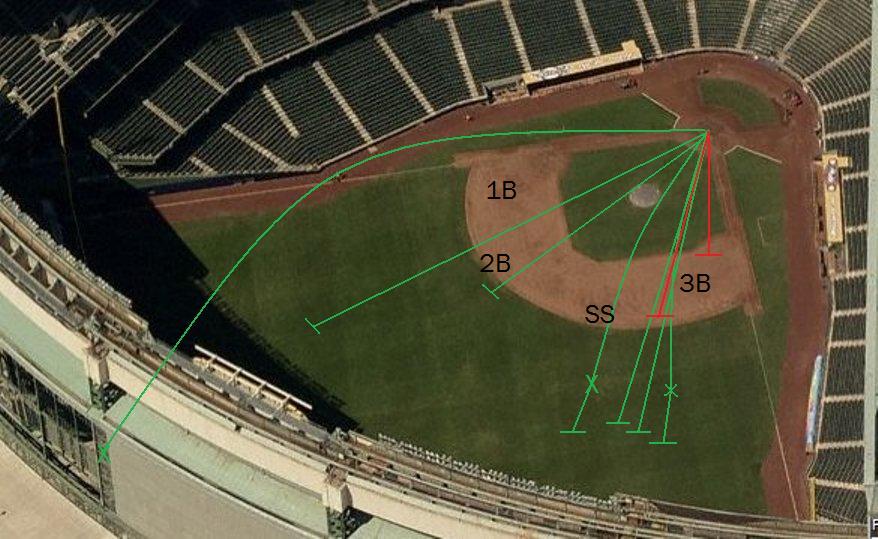 I won’t go into as much detail about Duke’s start against the Cubs, but here are a few screenshots from that game. 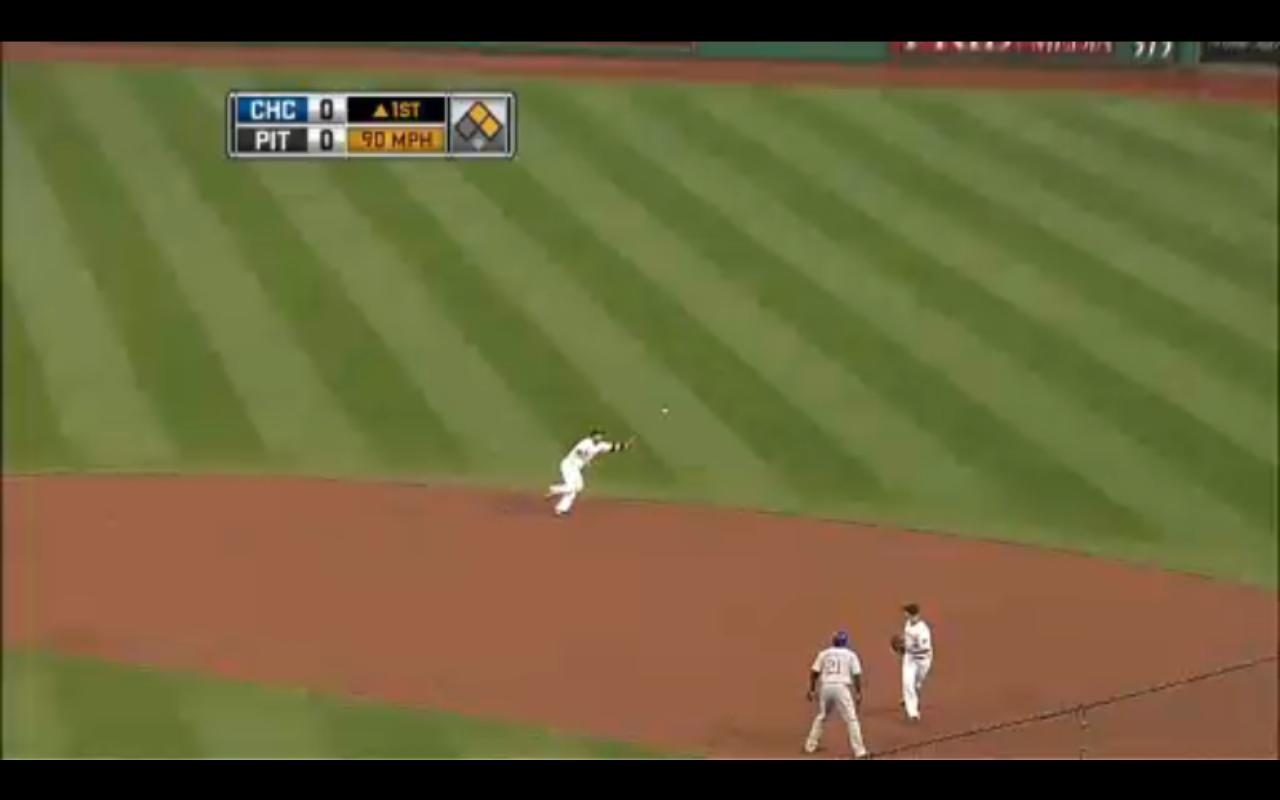 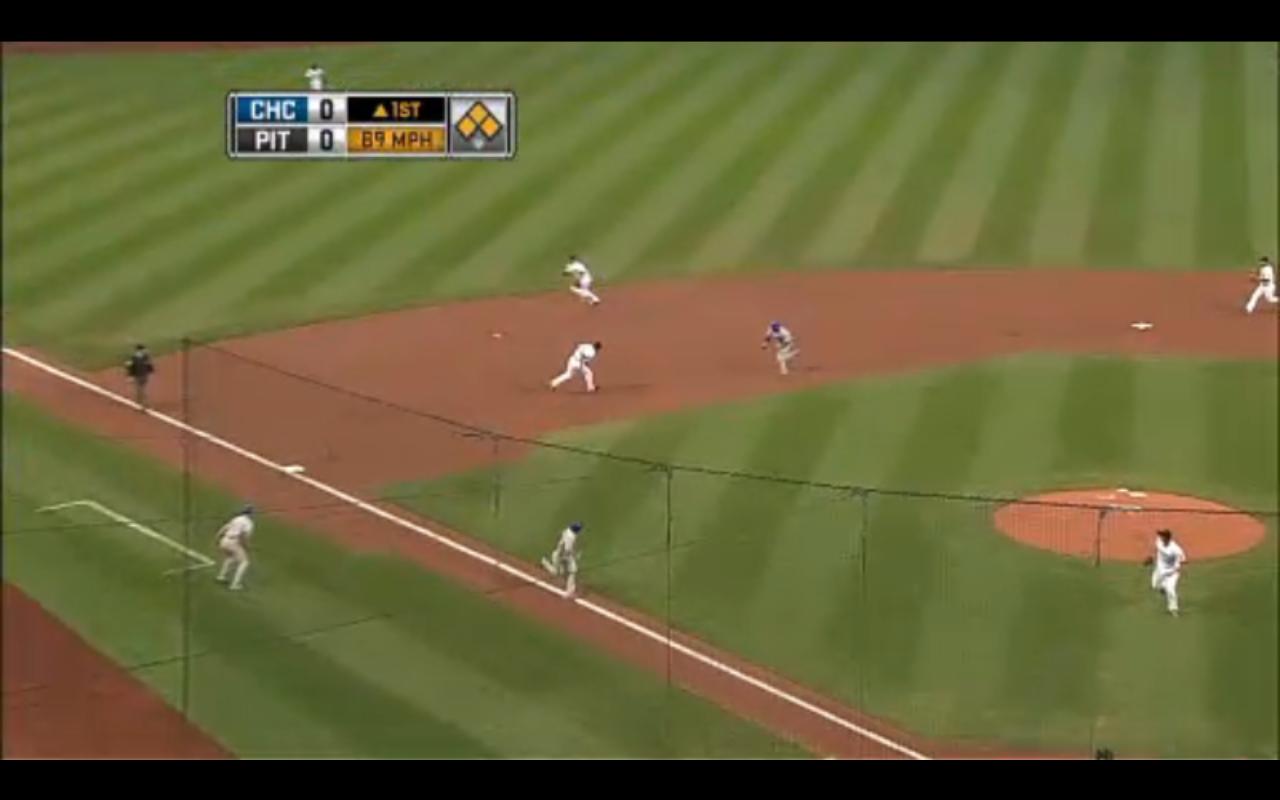 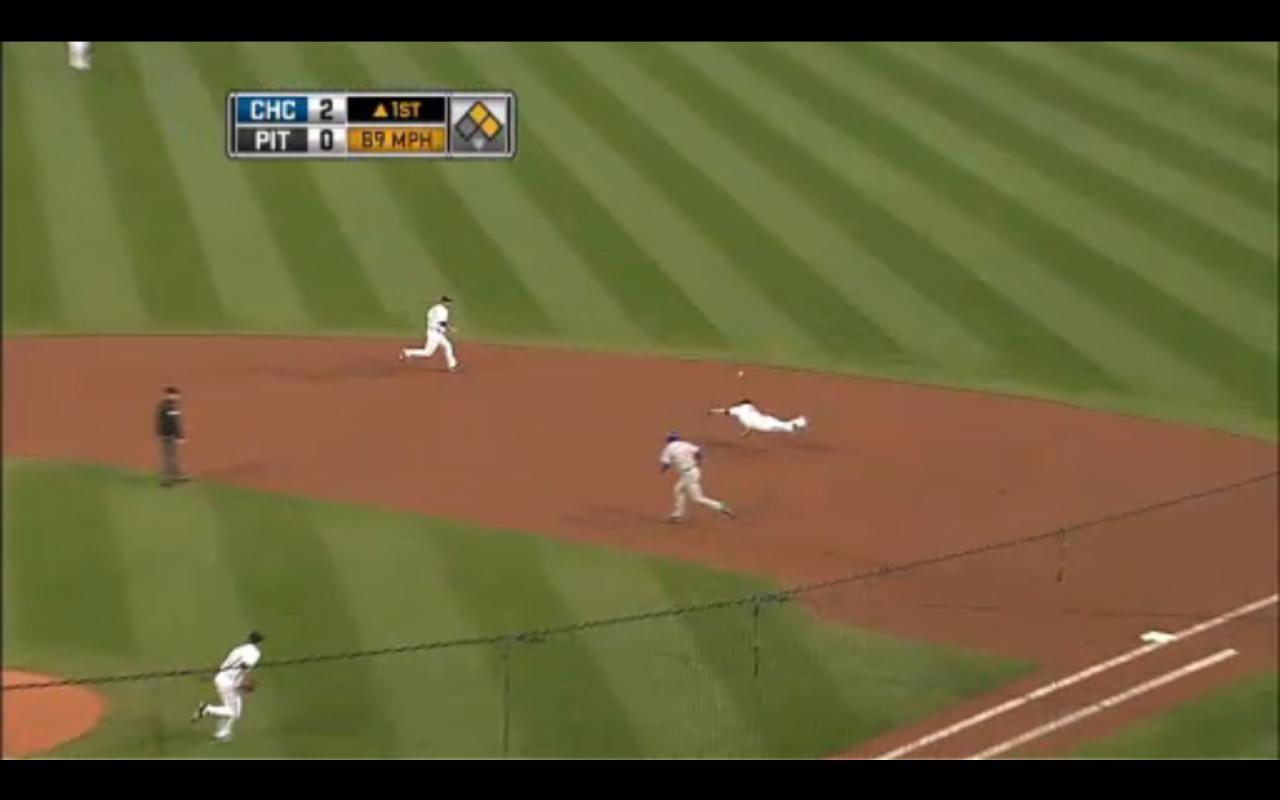 The phrase “It’s a game of inches” is thrown around quite a bit in the sports world, and it is the best way to describe Duke’s results. Anything can happen once a ball is put in play. Because Duke does not strike out or walk many batters, he allows a considerable amount of balls in play. Thus, his results are more likely to vary significantly based on random variance.